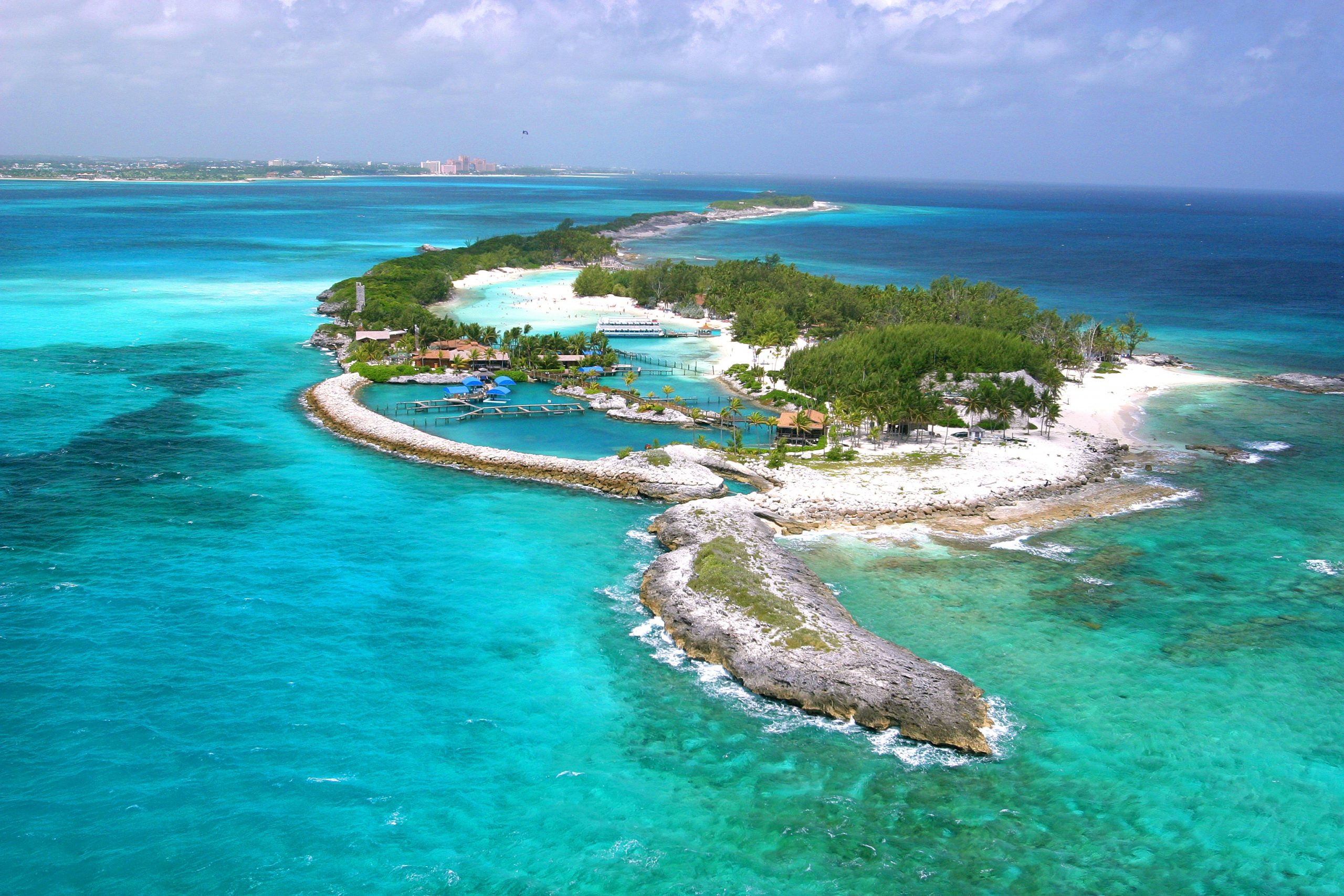 The Bahamas is comprised of 700 islands sprinkled over 100,000 square miles of ocean starting just 50 miles off the coast of Florida. The archipelago is an ecological oasis featuring 2,000 breathtaking islands and cays and boasts the clearest water on the planet with a visibility of over 200 feet. You can see your toes as easily as you can the worlds third largest barrier reef. Check into hotel upon arrival

Explore the brick walls and canons of Fort Fincastle, built in 1793, before you head down the 65 limestone steps of the Queens Staircase, built by slaves in the late 18th century. Continue to Fort Charlotte, the largest of three forts in Nassau. Climb to the top for a spectacular view of Nassau Harbor and look down at the waterless moat, drawbridge and ramparts. Admire a statue of Queen Victoria, who ruled the Commonwealth for 65 years, as well as one of Sir Milo Butler, who became the first Bahamian Governor-General in 1973. Next, visit the Straw Market, where Bahamian women sell souvenirs such as baskets, bags and dolls from dried palm

After breakfast escape the bustle of Nassau and treat yourself to the ultimate beach day at Blue Lagoon Island, known officially as Salt Cay. Climb aboard a boat at nearby Paradise Island, cruise through Nassaus historic harbor and disembark at Blue Lagoon Island. Dig your toes in the soft white sand, swim in the glittering lagoon or swing carefree in a hammock. Spot dolphins and sea lions inside the marine park, and make use of the islands changing rooms, floating noodles and game area