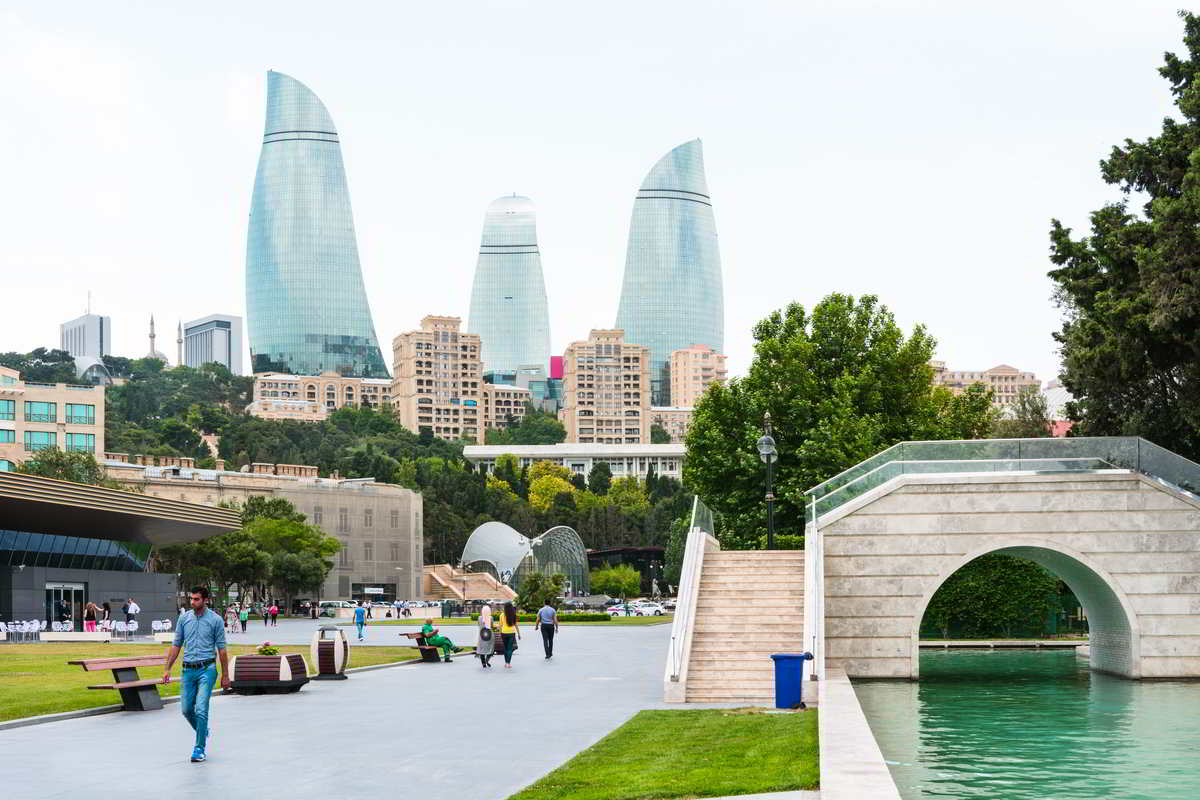 Upon arrival at Baku, meet our tour manager outside of the customs area who will transfer you to your hotel in Baku known for is the capital and largest city of Azerbaijan, as well as the largest city on the Caspian Sea and of the Caucasus region. Transfer to your hotel. Then we will proceed to the visit of Old City (Icheri Seher) Old City or Inner City is the historic core of Baku, the capital of Azerbaijan. The Old City is the most ancient part of Baku, which is surrounded by walls which were easily defended. In 2007, the Old City had a population of about 3000 people. Tour Excursion to Nizami Street. This street got the name after the love classical poet Nizami ganjavi and it still holds the classical Historic evidence of the place, it has various café and parks, it is one of the most luxurious streets in the world After completing tour transfer to hotel for overnight stay.

Today after breakfast, transfer to visit Alley of Martyrs’/ Highland Park it is formerly The Kirov Park, is a cemetery and memorial in Baku, Azerbaijan dedicated to those killed by the Soviet Army during Black January and later to those killed in Nagorno-Karabakh War. Baku City Orientation TourThis tour AttractsThe city of Baku in Azerbaijan attracts thousands of visitors from all over the world each year to see its unique historical and architectural monuments. The Azerbaijani capital is home to dozens of interesting memorials and statues, picturesque squares and dancing musical fountains. Visit Ateshgah Fire Temple (Entrance) The Baku Ateshgah, often called the "Fire Temple of Baku" is a castle-like religious temple in Surakhani town, a suburb in Baku, Azerbaijan. Based on Persian inscriptions, the temple was used as a Hindu, Sikh, and Zoroastrian place of worship. "Atash" is the Persian word for fire. Then we will Visit Yanardag Burning Mountain (Entrance). Transfer further to hotel & overnight in Baku hotel.

Today following a hearty continental breakfast we will be going to visit To with our tour guide Visit to Gobustan National Park (Entrance), this national park has Gobustan Rock Art Cultural Landscape covers three areas of a plateau of rocky boulders rising out of the semi-desert of central Azerbaijan. Then we will further proceed for Visit to Bibi Heybat Mosque As every sight has its own attractive historic reasons same is in this mosque The Bibi-Heybat Mosque is a historical mosque in Baku, Azerbaijan. The existing structure, built in the 1990s, is a recreation of the mosque with the same name built in the 13th century by Shirvanshah Farrukhzad II Ibn Ahsitan II, which was completely destroyed by the Bolsheviks in 1936. , Visit to Azerbaijan’s First Oil Well then we will proceed for hotel and overnight stay in Baku hotel.

Today after continental breakfast checkout from the hotel, transfer to airport for Return flight to India with beautiful memories of your tour. It’s time to share your experience Of Baku tour with your friends. We look forward to serving you again for your next holiday tour.